DH and I have recently been caring for a couple of aging pets. We’d wake up in the middle of the night, either of our own accord or because some particular noise alerted us to see if either of them needed something in the night. After tending to whatever needed tending, we would go back to bed, on good nights falling asleep straight away but just as often struggling to return to our slumbers.

On those long white nights, and the following mornings when I could barely drag myself around the house, I was reminded of a custom I learned about several years ago and that has ever since fascinated me: the practice of two sleeps. And decided to go with it instead of fighting it. 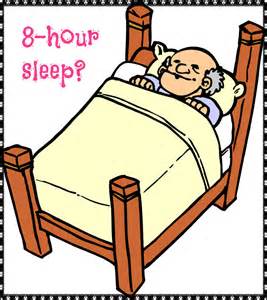 Humans did not always spend eight (or so) hours at one stretch sleeping through the night. From ancient times our ancestors would sleep for four or five hours, wake up, spend anywhere from two to four hours in various activities, and then return to dreamland until sunrise. It was the common practice, and it lasted until about the end of the nineteenth century. So altho’ not a uniquely Regency-era practice, people certainly would have been two-sleeping during Jane Austen’s lifetime.

After waking from the first sleep, people engaged in numerous activities. These included feeding babies or the sick of the household; tending fires that would otherwise extinguish themselves during the night; checking on the welfare of farm animals to ensure they were not being set upon by predators or thieves. Many people spent the time reading or praying, and in fact there were specific prayers for this time of night. Family members might find this a convenient time for chatting with each other, while husbands and wives often engaged in sexual relations. Physicians recommended having sex after the first sleep as both parties were generally more relaxed and it was likelier to result in conception. 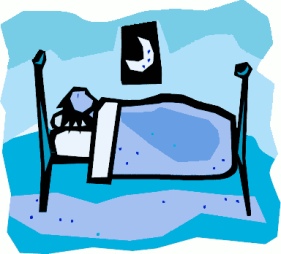 As the practice of two sleeps was so common, visits were often made to equally wakeful neighbours. Socializing also served to remind potential nighttime thieves that their intended targets were awake and alert.

Two-sleeping faded in popularity with the advent of electricity; specifically indoor lights and outdoor street lamps. With more light available, people extended their daytime activities to the nights, and began to go to sleep later, leaving too little time for two sleeps and a wakeful period in-between. Thus our current practice of getting (or trying to get!) eight consecutive hours of sleep each night developed.

While we lost one of our pets recently – cancer ultimately claimed our beloved dog Rufus – we still tend to our elderly kitty Shana when she requires attention during the night, as well as to any other critters who might be temporarily indisposed. We two-slept for most of last weekend, for example, when our kitty Spunky chewed up a silk flower and spent the better part of the next two days puking it up at all hours. (Yes, we took him to the vet and he’s just fine now.)

Next time you find yourself awake in the middle of the night, don’t panic or think that you absolutely must get back to sleep right away. Take a cue from our ancestors and stay awake for a while – productively awake, that is, by engaging in one or more of the activities enumerated above, or perhaps by sketching out your next storyline or book review. Or jot down any part of your dreams that you can recall. Or catch up on your reading. In fact, this is often the time when I get most of my own reading done!

Your comments, as always, are most welcome.

And … if you haven’t already got your copy of Desperate Hearts, you can order a kindle copy here. A perfect read for your two-sleep night’s awake hours!