It’s always a delight to “meet” a new-to-me JAFF author. Recently I met April Floyd, who was kind enough to send me a copy of her new book Clever Compromises. Without any further ado, let’s get started!

Elizabeth Bennet is pleased her dearest sister Jane will marry Mr. Bingley after a whirlwind courtship which began the night of the Meryton Assembly. But when her cousin Mr. Collins arrives from Kent, he informs the Bennet family that he seeks a wife from amongst the Bennet sisters to soften the existence of an entail that hangs over Longbourn.  Knowing her family has no need of such an alliance with Jane’s future secure, Elizabeth is surprised when Mr. Bennet approves of the parson’s plan. Surely her father will not allow the man to ask for her hand? When Mr. Collins sees that Mr. Darcy, the nephew of his distinguished patroness Lady Catherine de Bourgh, has designs on his cousin he knows he must propose to Elizabeth though his heart has been won by her sister Mary. To allow Mr. Darcy to propose to Elizabeth would bring down the wrath of Lady Catherine de Bourgh and destroy his living at Hunsford.

This is a sweet, angst-free read! 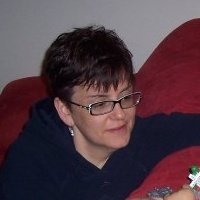 April Floyd lives in Alaska with her husband and youngest son. She loves happy endings, nice people, and reading great stories. Once upon a time, she was an Army wife and a phlebotomist and recently ran a successful ebook deals site for four years. Historical fiction, Jane Austen, and fantasy/dystopia are her favorite genres.

This is my favourite part of any review I post — I love to ask authors what compelled them to write a book that I very much enjoyed. So I will turn you over now to April:

I would like to thank Janis for having me on her lovely blog today so that I might give insight into the inspiration behind Clever Compromises and also give everyone the opportunity to enter to win e-book and print copies of the book!

Jane Austen’s characters are unsurpassed in literature, in my humble opinion, and lend themselves well to interpretation by the various and talented JAFF authors we all adore. We see Darcy and Elizabeth’s influence in romance titles today and across the decades since Jane wrote them in what was initially titled First Impressions. It is a delight to find bits of them in other books, their mark as true and pure as ever.

As a writer of JAFF and lover of Pride and Prejudice, inspiration can come from the simplest plot bunny to the most outlandish tales I’ve read that inspire me to think What If Darcy and Elizabeth were cast into such a situation?

For Clever Compromises, it was the idea of the compromise and how it could be quite comical with the right treatment. I wanted the idea of Jane and Bingley promised to one another to be clearly established so that Elizabeth would not be bound to consider Mr. Collins.

Mr. Collins spoke to me of more than his normal self. His foolishness and obedience/allegiance to Lady Catherine, his penchant for being a bit more impressed with himself than he ought, all the attributes that make us know he and Elizabeth are most certainly NOT a match made in heaven were all present without fail. But somewhere in the outlining process, and in talks with my dear author friend Beverly Farr who writes as Jane/Cass Grix, his character whispered of confusion, and the heart of a man in need of romantic love beating in his too-proud breast emerged before I could say no to him.

And so the story grew from the idea of a compromise that sprung into his head upon seeing the connection between Darcy and Elizabeth to another compromise that would give him a chance at felicity in marriage just when he’d completely ruined his own chances at future happiness.

But the story doesn’t leave out Elizabeth and Darcy. Their romance plays out sweetly and without the angst we see in Pride and Prejudice. That’s a bit of a departure for my readers who know how I love drama and my penchant to go in a soap opera-ish direction or deliver the Perils of Pauline via Elizabeth’s struggles.

On that note, I am currently working on a Beauty and the Beast inspired variation for Elizabeth and Darcy. To reign in my flair for the dramatic, it will not be paranormal nor strictly following the Beauty and the Beast story line. The characters are there from B&B but in a different manner and there will be nods to the beloved fairy tale since it is an all-time favorite for yours truly. And in 2018, I have a lovely Perils of Pauline type of series for Elizabeth and Darcy that will occur after they are wed. I’m not sure whether it will be a series of novellas or novels, we’ll see as the story unwinds, but it is time for me to do a series for ODC. (Hear hear! – J)

Getting back to Clever Compromises, as I said it is a bit different for me to write a completely silly, happy, angst-free Pride and Prejudice variation. But this summer was chock-full of difficult situations involving everything from an elderly family member declining with dementia to family caught up in Harvey’s wrath and friends caught up in the other hurricanes that ripped through so many communities. My youngest child has had many challenges as well and as a super-involved mother hen, my heart has been cracked a little while trying to do the best thing for him. So as you might imagine, I was in need of some seriously light-hearted fun in my writing life and the story line of Clever Compromises provided that escape.

It is my sincere hope that if you choose to read it, you find a similar escape. Again, I am so grateful to Janis, and all of you who take a moment in your day to read about my inspiration, for without you the stories would not be nearly half as fun to write!

Yes, it has been a difficult year for so many people, and diversions like this are so welcome.

The semi-comical and insipid Mr Collins takes centre stage in this amusing story. With no reason to connect themselves to the man who will inherit Longbourn, the Bennet family should be free of his importuning, much less his presence. But it is not so. One Bennet sister, however — one who seems to be getting more and more attention in the JAFF world — would be very happy to be his wife. Unfortunately, this is not Mr Collins’ intention.

Instead, he seems intent on stirring up trouble in his unending quest to toady to Lady Catherine. The story should perhaps have been titled Clever and not-so-clever compromises, as poor Mr Collins trundles along in his unsuccessful efforts to separate Lady Catherine’s troublesome nephew from Elizabeth Bennet while denying his own heart. Eventually Darcy wins his sweet Elizabeth of course, but not for Mr Collins’ lack of trying to keep them apart. Even Anne de Bourgh gets into the spirit of employing compromises to get her way. The story ends with a pair of very endearing compromises, so that more than one sister has her happily ever after.

Jane’s original depiction of Anne de Bourgh was as almost a non-entity. Much of JAFF pushes her in the opposite direction from her mother. Here, however, Anne de Bourgh shows her true colours as the heir to her mother’s malicious ways. I confess that I rather liked it – it makes for a most entertaining story!

A bit of a quibble with the author’s use of home and house almost interchangeably.  These two words are not necessarily synonyms, altho’ many authors and writers use them as if they were, and I confess that it tends to annoy me a bit. Definitely not enough, tho’, to give up on the story.

Clever Compromises falls into my category of Fun Reads: enjoyable, amusing stories that make you smile, or maybe laugh, as you close your book or e-reader.

I am happy to give Clever Compromises a warm 4-3/4 Darcy rating! (With apologies to Sir Laurence.)

April has generously offered FOUR copies of her book: two e-book copies (available worldwide) and two print copies (available in USA only). Enter by commenting on this blog post; please include your location in your comment. Good luck!!

And, as promised: a Freebie!

April’s recently-published Mr Darcy’s Debt is now free for e-readers. But hurry and claim your copy – this offer is available for the next few days only!

Your comments are most welcome, whether or not you wish to enter the giveaway!

And … if you haven’t already got your copy of Desperate Hearts, you can order a kindle copy here. Also available on kindleUnlimited.

7 thoughts on “Clever Compromises by April Floyd: Guest post, Review, and Giveaway! (And a freebie!)”