While I read, and usually enjoy, books by many authors, there are just a handful of authors whose new books I truly look forward to reading. One of those authors is Gianna Thomas. Ever since devouring her The Four Lords Saga in record time, I’ve been hooked. 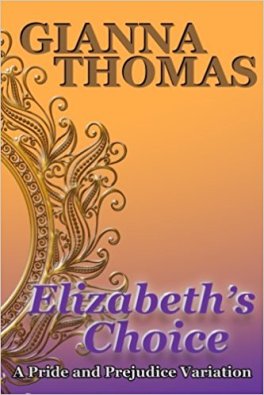 After reading Gianna’s Darcy Chooses, I waited rather impatiently for her newest book, and could not have been happier when Elizabeth’s Choice was published recently. Again, I devoured it quickly, and now I’m ready to tell you all about it!

Gianna has kindly stopped by to add an excerpt, brief guest post, and a giveaway. But first …

Elizabeth’s Choice is the long-awaited sequel to Darcy Chooses – The Complete Novel. An excerpt from ‘Darcy vs Bingley’ is also included.

Finally, Darcy has made Elizabeth his own as she has become his wife, much to the delight of both. Finding joy with her and true happiness that he hasn’t had in years, his life is complete. And his wife is more than pleased to be Mrs. Elizabeth Darcy with the one she admires above all men.

Embarking on their honeymoon to Ireland, the two will draw ever closer as they find more in common as tourists in a country with a history and heritage as rich as that of England. Darcy strengthens the bond with old friends as Elizabeth makes new friends that will enrich her life as Mrs. Darcy while learning more about those who inhabit the Emerald Isle. But all is not sweetness and delight as an old enemy appears and threatens the safety and even the lives of the lovebirds. Will they survive the encounter or will it leave a memory that will forever scar the heart? 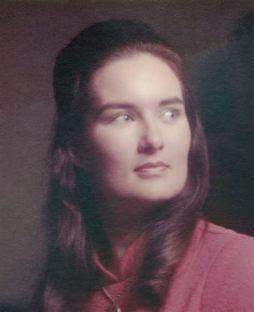 I asked Gianna what inspired her to write this story, and this is what she told me:

First, I needed a sequel to Darcy Chooses, and I liked the idea of them honeymooning in Ireland. I also wanted to show the close relationship that Darcy and Elizabeth were developing. Both were innocents going into the marriage, and they’ve discovered that whether mentally, emotionally, physically, or spiritually, they are well matched by being similar or by completing the other. So, I concentrated more on that relationship than anything else.

There is a fair amount of Ireland’s history included and some angst as well. I think I did more research for this book than all my others put together: from clipper ships to Blarney Castle.

Me again: If you’ve been following Gianna on Facebook, you’ve seen numerous lovely photos and videos, and heard the delightful music — all sourced from Ireland — that she has shared with her readers in the past few months.

Don’t worry if you missed any or all of these offerings — I’ve provided links below so you can follow Gianna to your heart’s content!

Now that you know why she wrote it, here’s a sample of the story itself.

A tantalizing excerpt from Elizabeth’s Choice

“Yes, and I look forward to meeting your friends. So far, your friends have been very
interesting people,” she said with a smile. And because she couldn’t resist, she gave him another kiss and melted in his arms. “Mmm, I love to be kissed by you.”
“Surely, there is no one else.”
“Never, William. You will always be the only one for me.”
Holding Elizabeth close for another minute or so, he finally let her go with a sigh. “We do
need to get started. Jonathan is expecting us before luncheon.”
Before leaving the hotel, Darcy took a moment to look out the main window to see if he
could spot Wickham. He hoped he was wrong and that the man had given up. But he knew his childhood friend and how tenacious he could be when pursuing an objective, generally one that would serve him ill. If he had only applied that tenacity to pursuing something worthwhile.
Soon they were on their way and had been traveling but little over a quarter hour when
the coach lurched, and they were nearly thrown to the floor.
“Elizabeth, are you well?”
“Yes, what’s happening?”
Shots were fired, and Darcy shoved his wife to the floor, grateful he had left the bottom
of the coach empty on impulse. Afraid the coach would wreck, especially if the driver was shot, Darcy stretched out over Elizabeth to give her as much protection as he was able.
For several minutes gunfire rang out until suddenly the coach was brought to a halt and
silence descended. Waiting a moment, then cautiously raising his head, Darcy was shocked speechless at the bullet hole where his beloved wife’s head would have been if he hadn’t acted quickly. Saying a quick prayer of thanksgiving, he called out. “Is everyone well?”
Clambering from the coach after ascertaining Elizabeth was in no danger, he promised to return as soon as he determined the damage.
Six of the outriders appeared, and the leader apprised Darcy of what had transpired.
“Mr. Darcy, sir, the blackguards are either dead, dying, or captured. One of my men is
injured and needs attention as well as one of the prisoners. Shall I send for the magistrate?”
“Yes, please, and have him bring someone to tend to the injured also.”
“Mr. Darcy, Holmes is seriously injured too.”
“Have you been able to stop the bleeding?”
“Yes, sir, for the moment. Had no idea he would be shot instead of drivin’ this day.
Darcy was glad Elizabeth was doing well and he could concentrate on the men. Having

three men, one outrider, a prisoner, and the spare coachman injured made a beautiful day ugly instead. He would be glad when he and Elizabeth would finally arrive at Blarney House and put this behind them.

Several authors have created stories about Darcy and Elizabeth after they married, but few have done it as well. Gianna has drawn them as a happy, loving couple wrapped up in the joy of new discoveries about each other and about themselves. And even one enchanting secret about Elizabeth that the perceptive Mr. Darcy deduces even before Elizabeth is aware of it herself!

The couple have decided to honeymoon in Ireland, and after making their preparations they embark on a journey that is by turns romantic, educational, and alarming. A hair-raising brush with ruffians in Dublin is countered by a wonderful evening of music, dance, food, drink, and new friends at an Irish pub. Then a most excellent journey through Irish history gives way to a terrifying ordeal aboard ship. The balance of delight and dismay keeps the story fresh and captivating.

Of course everything ends happily — like you, I cannot bear to read a Pride & Prejudice variation or sequel that does not have a happy-ever-after, no matter when “ever” begins!

The realistic playfulness between the characters, just what you’d expect of two young, in-love newlyweds.

An attack by a gang led by none other than Mr. Wickham. I confess that I do prefer a truly evil Wickham over a “mere” rogue!

Learning about Irish history, from clipper ships to Blarney castle, to Irish music and step-dancing.

There wasn’t much, altho’ as I said I do like a story featuring an evil Wickham, and would have been happy for the episode to have continued somewhat longer. Actually I would have liked the entire story to have gone on longer. True, when we’re enjoying a story we want it to go on forever, but this seemed more like a novella than a novel.

A well-written and well-edited story that captured my imagination and held my attention, and left me wanting more! I give Elizabeth’s Choice an enthusiastic 4.9 Darcys.

Now for the giveaway, which is open worldwide

Gianna is offering two lucky readers a chance to win one of two e-copies of Elizabeth’s Choice. Winners will be chosen at the end of this week.

On her amazon author page

Thank you for visiting Every Savage Can Dance today, and good luck in the giveaway!

And … if you haven’t already got your copy of Desperate Hearts, you can order a kindle copy here. Also available on kindleUnlimited.

This is a text widget, which allows you to add text or HTML to your sidebar. You can use them to display text, links, images, HTML, or a combination of these. Edit them in the Widget section of the Customizer.
%d bloggers like this: